Technical datasheet A guide of good practices in regions without FD

What is Flavescence Dorée, how it is spread? How to control it ? All you need to know about FD

Flavescence Dorée (FD) is a serious disease, ranked among grapevine yellows (GY), and detected since the 1950’s in France, then similar diseases were reported in other European countries (Bois Noir for instance). The disease, caused by a phytoplasma, which is a quarantined organisms indexed on the A2 EPPO list (n°2009/297CE directive) is one of the most damaging diseases in the European vineyard, with strong economic consequences in the major wine-producing countries. FD is spread by a vector, a leafhopper strictly associated with grapevine, who transmit the phytoplasma. FD induce severe impacts, including reduced vitality of vines, yield reductions and reduced wine quality. Without control measures, the disease spreads rapidly, affecting up to the totality of vines in a few years. Despite mandatory control in Europe for this disease, it is still spreading and need permanent monitoring to detect new infected areas. 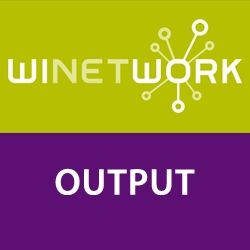